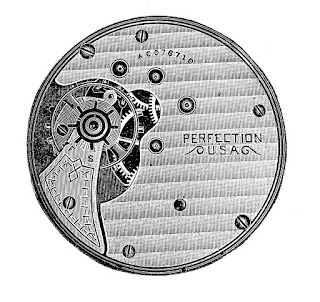 At first, I was excited to write a space opera for a terribleminds flashfiction challenge. The Star Trek theme song played in my head. Then, my mind was blank...nothing. Perhaps it is a state of living in the left brain too much lately because of trying to figure out software to get my book into a publishable state. Here goes ‘nothing’.


I stand here with a carefully constructed dogwood sandwich in my hand and stare at her. She, a girl completely new to me, concentrates so hard on the computer screen before her I fear to disturb her. She didn't order the sandwich and working in a bar slash diner on Space Station Sculptor wasn’t my day job.

Taking the necessary steps to reach her table, my mind lost the line I'd planned to say. I place the plate down in the only space void of papers and books.

“You’ve been here for awhile. I thought you could use this.”

“Hmm,” she says and a finger pushes down another key. She glances up at me and smiles. A stream of words tumbled into my ears.

“I know the owner doesn’t like scholars taking up valuable table space with such old-fashioned materials like books and computers. My apologies. Working everywhere else has been infertile. This antiquated idea of a thesis paper is straining every brain cell. Is that a dogwood sandwich?”

“Yes, and well the owner in this metal floating town along with everyone else is excursioning. You know, it’s the Thor’s Break.”

“Yeah,” she replies looking at her screen with only a cursory glance at me and the sandwich.

“You should eat,”  another brilliant sentence escapes my mouth and I almost sit across from her.

“I’m starving actually but just can’t seem to stop thinking about this last struggled and strangled idea I’m trying to create into words.”

Perhaps, I hope, her sentence is an invitation to sit down, so I sit. “I hypothesize that if you verbalizing the concept, it will make it less liquid and give it viscosity?”

She shuts the laptop lid and gives me her full attention, “I don’t think creating sandwiches is what a person who says viscosity does. Especially since the only humans who occupy space station during uberbreak are the scientist, students, and a handful of worker bees.”

Her cool green eyes melt my mind like molten lava. “Haha, I get it uberbreak because it's the longest holiday of the year. Umm, the owner is a friend of mind. Menial tasks let my synapses refuel.”

She picks up the sandwich and I watch her teeth crunch through the layers of meat, bread, and coleslaw. “Wow, if you’re as accomplished at your regular gig as orchestrating a sandwich, your synapse must be cadmium orange.”

Before I’m able to coax an explanation of cadmium orange, or equal the level of flirtation I think she is vibing me, or even her name, I hear the swoosh of the airlock door open and close.

“Hey, anyone, barkeep. Alcohol now!” says a patron at the same time.

I knew the main reason, Oscar, the owner, wanted to keep Pyxis open through Thor’s Break was for weary sky captains. Sculptor was the only space station between two habitable planets and not many starships could make the distance of a hectarlite between them.

I smile at my fellow companion though she doesn’t smile back. The look on her face is fierce enmity. In the glass behind her, I see the reflections of two men in uniform.

Fear and flight thumps my heartbeat. “Name your preference, star captains. The Pyxis has it all.”

I leave the brightly lit area of cubicles and head toward the atmospheric ingot.

I stop when I see them without the guise of glass. The uniforms were torn and covered in a metallic dust and both held dark matter weapons. I try to inhale a deep calming breath of oxygen but only wheeze.

“I believe you were asked to name your drink,” said the girl who is now standing next to me holding a pulsing laser brush. I had a feeling she was an artist.

“What are you going to do, girl, paint us good?” The smaller of the two said.

Flipping a side switch on her brush, the laser beam flickered and then shot out a brilliant orange ball which she aims at the base of a stool. The chair legs melt instantly. “That’s level one boys. Do you want to drink or do you want me to vanquish you with pigment?”

The larger captain sheathes his weapon. “Beam and coke.”

The other smirks, “Guess it’s a pint for me.”

The girl faces me, grabs me from behind the neck and pulls me close to her radiating face. And, kisses me. It was a full on, I am the Milky Way colliding with Andromeda kiss.

terrible minds flashfiction challenge your very own Space Opera link for more exciting Space Operas or to join the challenge.
Posted by Alice at 12:31 PM